Welcome to the June 1 2012 Biblioblog Carnival; this is my Future Self ‘n’ Me blogging from the future.

“I going down to the Biblioblogs, Gonna have myself a time. Friendly faces everywhere, Humble folks without temptation.”

And so, without further ado!:

Cory Taylor on Isaiah 40 in the LXX and the Synoptics

Chris Heard back posting at Haggaion, posting of links to his teaching slides on Hebrew prepositions, complete with quizzes.

John Byron informs of a good reason to learn Hebrew

Theophrastus on Moses and the Women’s Yiddish Bible

Theophrastus on a modern Jewish  Translation of Exodus 19:3

JK Gayle on the problems of Transliterating Savuos and Pentecost

Theophrastus on Daniel 3:21 and Anachronism

Craig R. Smith on the Decalogue, Idolatry, and Inclusive Language

Brian LePort on the-historicity-of-Adam-series for the month of May.

Scot McKnight:  Supersessionism is not biblical

Victory Gaile Laider on Writing and Reading About Paul

Mike Koke had a series on Secret Mark

JRDKirk: Did Jesus ransom us from Guilt or Slavery?

“The China Probrem”, Or Archaeology

James McGrath ponders what the Khirbet Qeiyafa Model Shrines have to do with Ancient Near Eastern culture and the Bible.

Michael Barber on the first copy of Nehemiah found Kait Dugan on Patriarchy and Kenosis

Rachel Held Evans on N.T. Wright’s Scripture and the Authority of God

J Kameron Carter on Theology and the Weapons of Freedom

The 11th Commandment according to Scott Bailey: Thou shalt not commit logical fallacies

Tim offers a theological reflection on Trayvon Martin and violence

Scot McKnight:  Supersessionism is not biblical

What do you know about the Ferengi-religion in Star Trek: Deep Space Nine?

“A Ladder To Heaven,” Or Was that the Patristics?

Really, every one just wants to know, was Doctor Who really at the Council of Nicea?

“Gingerkids,” or  Bibliobloggers Writing on Culture 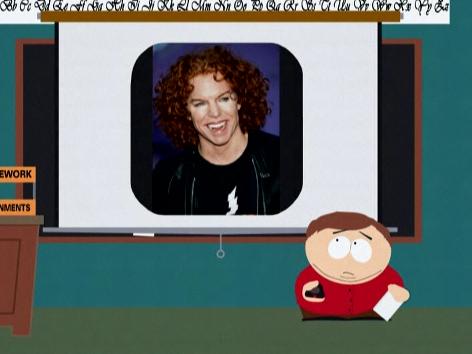 What came to be an unnoticed but prominent topic around the Biblioblogs was the religion of Islam; here are a few samples. My apologies in advance, no pictures of the Prophet are allowed here:

Roland Boer on the Origin of veils

RJS on Abraham, Isaac and Jacob for Normal People

Zizek on the Power of Women in Islam

Jim West on the SBL and the Society for Quranic-Studies

“Awesome-O 5000” Or Technology and Other Random News

Jim Linville’s ideas for Vacation Bible School; one can only hope that he feeds Starvin Marvin some cookies!

Mark Stevens  “Now Have 0 Friends” since they don’t want seminarians and biblical studies students on Facebook during class!

And what in the world? Is Logos Bible Software really teaming up with Knox Seminary to charge women more for the program? These guys are more like Chef, believing that every women is a Succubus!

Lastly, on a more serious note:

Let us please remember the families of theologians: Walter Wink and