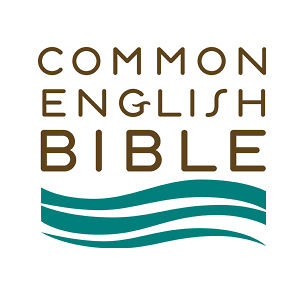 For the past few years, I had been strictly using the New Revised Standard Version for both my daily devotional time and scholarly writing. I enjoy the NRSV so much that I think I needed to take a break, but I wanted a translation that was generally gender-inclusive but still faithful translations. There are different ways of judging Bible translations: Optimistic Chad dedicated a whole series on “What Shall I Read?” after the “fall” of the TNIV. TC Robinson had an on-going series on the Common English Bible starting with Romans.

The way I pick a useful translation is I take my favorite story, Gideon in the book of Judges, chapter 6, and if the translation sits well with me, then I am fine with it. Has there ever been a translation that had a questionable iteration of Gideon’s story. YES! One example is that of Joel’s beloved New Living Translation, since it calls Gideon “a mighty hero,” which is really a bad value assessment given that chapter 9 shows how flawed Gideon is. It’s a perspective in black and white, that sugarcoats the narrative of Gideon and his family.

The past month or so, I feel edified by reading the CEB. Word choices such as “The Human One” rather than “Son of Man” haven’t really bothered me all that much. I originally downloaded on Amazon.com the CEB for free when it was made available, but I didn’t give it a second thought. I just wanted more Bibles for my Kindle. As I’m going through Psalms, verses such as “The LORD is intimately acquainted with the lives of the blameless; their heritage will last forever” (Psalm 37: 18 CEB) is so much more affirming of the relation God of the Hebrew Bible than “The LORD knows the days of the blameless and their heritage will abide forever” (NRSV).

So for the time being, at church and at home, I will use the CEB. For my studies and academic reading, I will stick with the NRSV. I guess I’m not so much an NRSV-onlyist afterall!

Some Blog Posts of Note for the Week of January 6th, 2013

This week, blog posts on Calvinism, Reformed theology, and race (ahem, and gender) that showed up on my radar. Here are some interesting links:

The Big God Lie and Why It’s Dangerously Wrong by T.C. Moore

The Hole In Jonathan Edwards Holiness by T.C. Robinson

Some Humans Are More Equal Than Others: Joshua Harris by Sarah Moon

The Worst Book On Racial Reconciliation. Ever. By T.C. Moore

Our Culture Of Fear Of Different Cultures by Christena Cleveland A TALE OF 2 CURSES AND 1 RACIST HISTORY

This morning when I woke up to get ready for work, I got sidetracked by reading T.C.’s post on an outrageous claim made by a Dallas bible church pastor.  While I like the idea of local pastors talking about race relations, being open and honest, I found T.C.’s quote troubling,

“It blesses me to know that Jesus had black in His blood, because this destroys any perception of black inferiority once and for all.”  (Oneness Embraced, p. 122, emphasis added)

Sit back. Think for a second. See something wrong? Did you catch it? Jesus has “black” in his blood, which means “blacks” do not have to see themselves as inferior. And this is exactly where the problem begins for me. The notion of “Blackness” is a social construct, and so to read this construct (this ideal) into scripture, does more harm than good. In fact, Blackness was created in a dualistic opposition to a Whiteness, with all the cosmological baggage that comes with, good versus evil, criminal versus innocent, sexual predator versus virginal. Evans is not alone in his understanding of race and Jesus’ blood either, in fact, in the 1970s, a “radical” black preacher named Albert Cleage claimed Jesus was of African descent, and he advocated race separation. In fact the racist notion that Africans are descended from Ham has a long line of tradition ranging from Medieval Times to even prior to the Civil War, when in 1859, Jefferson Davis defended slavery as “the importation of the race of Ham” since Africans were destined to be the slaves of whites (page 29) according to Dwight Callahan’s The Talking Book, African Americans and the Bible.

The curse of Cain, which actually comes before the Curse of Ham, was sacralized into an eternal decree meant for oppression. In the Book of Mormon 2nd Nephi 5:21-23, it says, “[God] caused the cursing to come upon them [dark skinned peoples], yea even a sore cursing, because of the iniquity…. the Lord God did cause a skin of blackness to come upon them. Cursed shall be the seed of him that mixeth with their seed.” (page 26) ; but this all starts with the old tradition of being as “black as Cain.” Thus, Cain is the guilty, criminal murderer, and Abel, the innocent righteous man. Two humanities to promote one law and order.

As far as the curse of Ham goes, rabbinical tradition saw the curse as a response to Ham’s sexual perversion with his drunken father (28) while through the centuries the story began to be more and more racialized. Pro-slavery hermeneutics also used Leviticus 25, not as a form of Jubilee, but as an endorsement of their racist business enterprise –Leviticus 25:44-46 (84). Furthermore, the notion that Noah’s three sons are the forebears of the “Major Three races” is bound up with colonial interpretations; it is not a “literal” reading of the text, but a heavily racialized one. Episcopal priest James Theodore Holly (black) in his ” The Divine Plan of Human Redemption In Its Ethnological Developments” argued that the sons of Ham would overtake the sons of Japeth (white Europeans) (page 158-159). This sonship, however, is not purely biological or natural, but it is imagined. This is the problem with reading Noah’s ark and the flood as a universal flood that destroyed all of the world: it provokes the worst in our racial imaginations. I think this is the vast importance of historical criticism, as I have learned to perhaps see the Great Flood as one of many floods that happened in the ancient Near East.

Anyhow, the case is that it is Ham’s son, Canaan, that receives the punishment and not Ham himself directly. (btw, whatever happened to that Individual Responsibility that Ezekiel preaches about in exile– chapter 18–makes me wonder if the story of Ham is a product for the Israelite leadership to justify their domination of Canaan, eh?). I doubt that the purpose of “Old Testament Genealogies” is for Christians to hijack them and transform them into discussions on race. In fact, in the Hebrew Bible, Shem is a representative so to speak of the Jews, written in the “post-exilic Priestly tradition” to draw significance to the nationality of the Judeans and Israelites (page 134) according to Stony the Road We Trod: African American biblical Interpretation, editted by Cain Hope Felder. 1st Chronicles 2:1-55 explicitly says that Shem is the first of the people of God [laos tou theou in the LXX]. The story of the other two sons are meant to be foils for a nation striving to gain back its pride through the literature of its scribal ruling class ala, Ezra and Nehemiah. In fact, during exile, it is the beginning of the modern day racist scope of the curse of Ham, when, in the Babylonian Talmud, it says that Ham was “smitten in his skin” and punished along the dogs and ravens– i.e., have black skin (147). The Documentary hypothesis aids in our quest for the purpose of the curse of Ham text because it exposes the trajectories of at least two post-exilic theologies, one of the priestly class and one of the prophetic nature (Deuteronomist, sometimes, like Jeremiah).

All of this to say this: Not all black people are descendents of the Cushites, for not all blacks are from Ethiopia or Egypt; in fact, do not historians point to Western Africa as where the enslaved African trade happen? Where is Western Africa in all of this? It’s a rhetorical question. The point being is that it hardly matters in the first place. Africa as a Continent is a construct itself, united only by economic and military imposition of Western Colonialism.

If we understand race as something as so simply as that which comes down from a bloodline, we are falling prey into biological determinism in which our stories are trapped in the false genealogies, histories, and stereotypes that come with that understanding of race. It is not a biblical way of viewing race, that Tony Evans and the like are promoting, but a very philosophical one, almost as old as Social Darwinism itself.

If empire is what gave birth to the understanding that black people come from Ham, I hardly doubt it will be what will liberate us from the racism that is promoted by that very same hermeneutic.

I could not agree more with Joel on this, or for that matter, James McGrath