This was the question that was running across my mind as I was reading SCIENCE FICTION, IMPERIALISM AND THE THIRD WORLD: ESSAYS ON POSTCOLONIAL LITERATURE AND FILM by Ericka Hoagland and Reema Sarwal.

That, and reading reading James McGrath’s review of So Long Been Dreaming, a text on postcolonialism and fiction.

Don’t get me wrong. I am an enthusiast for science fiction film and now just getting into reading, as well as post-colonial studies, but there has to be a reason why I am so picky when it comes to engaging both, right? I don’t think every book that claims to be “post-colonial” is worth reading just as much as I have to choose Star Trek: Deep Space 9 over the X-Files.

But the thing is, while I grew up watching Star Trek: The Original Series and Star Trek: The Next Generation in my days of learning the awesomeness of reading from Geordi La Forge on Reading Rainbow, the concepts that come with the post-colonial lens may come into conflict with the worldviews espoused by science fiction works. Science fiction has its gatekeepers–even members of the general populace themselves, that maintains a strict whose in and whose out attitude. The genre has to have its purists because it has a distinct history which its adherents wish to protect. Post-colonialism, on the other hand, morphs into whatever genre a writer so chooses. Its about promoting an underlying set of values and habits, whether that is found in readings of sacred texts, novels, speculative fiction, or biographies (Hoagland, page 5).

Science fiction is geared toward the masses, while postcolonial scholarship is done by a small group of academic elites, to put it bluntly (Hoagland, 6). On the other hand, science fiction has this dystopic tradition of fearing colonization which lead to a small band of misfits struggling against THE empire, ala Star Wars. In the 19th and early 20th century, the first of science fiction lit were written to affirm hard science, modernity, and to some extent, a more Cartesian, Enlightenment worldview which emphasized rationality (Hoagland, 21-22). Post-colonials see many of the aforementioned concepts as the enablers of European imperialism. Furthermore, I think that science fiction writers’ addiction to dystopia in favor of a utopian thinking has some real drawbacks, especially considering the exclusive nature of utopias that go goes unquestioned– For more on this see the two essays in Hoagland and Sharmal– “The Shapes of Dystopia: Boundaries, Hybridity, and the Politics of Power” by Jessica Langer and “Octavia Butler’s PARABLE OF THE SOWER: the third world as topos for a U.S. utopia.”

What say you? Can science fiction and post-colonialism co-exist? 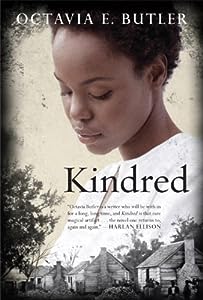 This is exactly what James McGrath is proposing for next year’s Society of Biblical Literature/American Academy of Religion meeting in San Fransisco.

I think it would be a great idea, as long as the Sci Fi section was inclusive both academically [across fields] and culturally (more on that forthcoming; I am planning on doing a book review/reflection Octavia Butler‘s Kindred.)

What say you all?

The Hebrew word for the sea is yam. In Hebrew, the sea is considered chaotic and scary. Yam also happens to be a Canaanite deity. Which one? The God of primordial chaos and raging sea. Fits, right? Yam is also shown to be a serpent called Lotan, with 7 heads. Well, it seems that tons of mythologies have gods of the sea as chaotic deities that are also serpents. In Norse Mythology, Jörmungandr, the midgard serpent is the snake that circles the worlds seas and will slay Thor during Ragnarok. Typhon (typhoon…), in Greek mythology is the uber-powerful Titan that fought Zeus and is laden with serpentine coils. Tiamat, the goddess of the sea and chaos, is a dragon often in Babylonian myths. The serpent of Chaos in Egyptian myths is Apep. Vritra, the serpent God kept the waters of the world captive in Vedic Brahmanism.

So interestingly, Christian writers began to merge their idea of Satan with the primal chaos of the sea serpents. This is why we get Christian writers talking about Satan being the one who deceived Adam and Eve. While this is certainly a valid opinion to have, I tend to see things a bit differently. I see two different evils in the world. First, there is this ancient Chaos, represented in the seas, formless and void. This is the thing that God overcame when creation happened. This is what we fight against when we chose life over death. This is what is overcome when we chose order and light over chaos and darkness. But there is another evil.

There is the evil that desires not destruction, but power. The anti-God. Not opposite of God, but putting itself in place of God. This is what the scripture calls the Satan. The powers and principalities. The “world”. The system of domination that is in our world today as militaristic, technological, therapeutic imperialism. The suicide machine that focuses on itself as the only thing. Selfishness incarnate. Now, you may see similarities, but make no mistake, the Satan does not desire destruction of all. It needs creation in order to function, because it is a parasite. It corrupts the life.

So… just thought you should know…