One of the headlines that has recently caught my attention is the now documented Ohio Branch of the IRS seeking out audits against Tea Party and “patriotic” 501 (c)4 organizations. These non-profits are growing in number (Americans, we’re so charitable, right?) because of the fact that these groups can donate up to half their profits to political campaigns/”political activity.” So basically, 501 (c)4’s are just like charity’s, with Tax Exempt status, only they can have overt partisan purposes. This concept is truly horrific if you think about it. People are getting tax breaks for supporting their pet causes.

The blame for all of this moral confusion and political arbitrariness should be squarely placed at the feet of the late President Lyndon Baines Johnson, who as a Senator, had a temper tantrum because a group of preachers opposed his electoral bid. The travesty of the Johnson Amendment of 1954 was not that it barred churches and other religious organizations from endorsing candidates (that’s a positive outcome). By labelling “THE CHURCH” a 501 (c)3 non-profit, Johnson managed to take away religious communities’ rights to define themselves. While “TeaVangelicals” will cry, “PERSECUTION, PERSECUTION!,” they never stop to question the states’ power to define religious communities, and the functions that they serve in the first place because they are more concerned with the bottom line: the economic benefits of tax breaks. In reality, the “Pulpit Freedom Sunday” is more about Purse Freedom than anything. 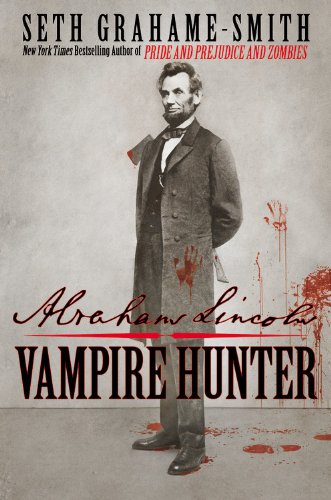 The Emancipatory Power of Political Mythologies

Today, I want to talk about religion and how myth drives politics in many instances, and how it can be helpful and freeing rather than oppressive. Now, on the oppressive side, as I blogged about multiple times last month, the myth of “the Northern Aggression” against in the Southern States during the Civil War. On no level in the African American communities is there anyone, perhaps maybe Martin Luther King Jr., who is idolized as much as General Lee and other persons of the Lost Cause. While MLK Jr. impacted history in a positive way, and people use historical facts to make that point (over and over again), the heroes of the Lost Cause have none of the like, and their proponents like Christianity Today’s Douglas Wilson, a so-called Paleo-Confederate, will purposefully look over the facts and lie to spread his racist propaganda.

The inverse of this myth-making took place during the Civil War and after Emancipation. In order to combat racist cultural myths purported by white supremacy, enslaved and freed blacks made their own folktales about Abraham Lincoln before there was ever such thing as Abraham Lincoln, Vampire Hunter. Lawrence W. Levine, in his Black Culture and Black Consciousness, noted that the slaves created cultural memories such as Abraham Lincoln preaching to them about the brotherhood/sisterhood of humanity, and that Lincoln would come in disguise to visit the oppressed enslaved Africans (Chapter 2: The Meaning of Slave Tales). Lincoln joined the pantheon of heroes in African American culture, like Daniel, Moses, and Jesus were: “Lincoln died for we, Jesus died for we” (Chapter 3: Freedom Culture, and Religion). Now, of course, the historical Abraham Lincoln believed that the integration of the races meant instability. No need to sugarcoat these facts, but what matters is this, on the issue of being the nation’s moral leader and Commander-In-Chief in the war that meant the freedom of black bodies and souls from human oppression, he was on the right side.

Lincoln had racist views, and probably did not believe that racial reconciliation was possible. However, liberation must come before reconciliation, freedom before unity. How can you be reconciled to the person you have put into bondage? As Christians, we are just beginning to realize (tragically and joyfully), the reconciling power of the Cross, the eschatological vision of Revelation and Isaiah, of the nations coming together to worship YHWH, and his Temple, the Christ Crucified. Lincoln was an instrument, according to the folktales of enslaved Africans, of divine providence, and NOT the slave-holders. God is omni-benevolent and God’s goodness cannot be separated from God’s providential plans. Human freedom and sinfulness can try to interfere, but God’s goodness (we see in the Resurrection) overcomes all evil. Believers in the Lost Cause and neo-apologists of slavery, in contrast, continue to believe that the plantation owners were somehow “providential” in the end, but that’s only because of their belief in an evil, tyrannical god.

So, when I see posts like Lincoln’s Panama Plan, his failed proposal to send FREED blacks to Panama, rehashing Lincoln’s segregationist tendencies, I don’t flinch or make excuses. I simply ask, “What’s the point in telling us what we already know?” Also, it’s not like Lincoln didn’t have historical precedent. Ever heard of the Monroe Doctrine and Liberia? Lincoln (as a Christian) is guilty of not having enough faith in the reconciling power of the Cross. Tell me what Christian hasn’t done so? Lincoln has no excuses, there were brilliant abolitionist intellectuals who believed in the integration of the races. What did matter, in the mind of the liberating political mythology of the mid-19th century black community, was that Abraham Lincoln’s war to “save the union” meant the redemption of black bodies. I have chosen to respect, in part, this political mythology, to combat racist Lost Cause stories and the politics of the Southern Strategy. That is my personal choice.

Welcome to the revolution, Comrades Joel and Craig.

Did you ever stop to think, that despite how many times you shout for inclusivism in our “democratic” society, that it would be of no use? Direct democracy is seen as naively a good thing. Let’s be honest, even in the ancient Greek societies in which we get these ideals, democracy was limited for the few. In fact, the etymology of democracy is crat, or rule, and demos, not as people, but as a crowd, gathered together for any purpose (Walt Bauer, etc. A Greek Lexicon, 2nd edition). We learn from an early age that the founders were afraid of the “mobocracy”; on paper they were, but it was their racist and classist policies which provided the background for the lynching mobocracies in the late 19th and early 20th century post-Civil War.

Democracies in ancient Greece were not for the “people” but for more specifically, the privileged citizens in the polis. Citizenship excluded women, slaves and barbarians (those who were deemed stateless) (see David Theo Goldberg’s Racist Culture, page 21-22). The barbarian was deemed morally inferior, and thus, incapable of political activity. Pure Democracy, as it has been practiced not theorized, is reign of the in-crowd. Democracy originally came in the context of the city-state; after the “American Revolution,” democracy was the preferred ideal for the nation-state. I think we are still struggling to understand the difference, but I would argue that the transformation is immense, and has implications for how we view peoplehood, race, and class. The Supreme Court case that recognized corporations as citizens, guess what? From then on, our country has been gradually controlled indirectly by business class;
Santa Clara County v. Southern Pacific Railroad Company. That’s why the Civil Rights movement was so effective in going after people’s wallets first through boycotts.

What needs to happen? Well, first, there Congress needs to do its duty in defining corporations and their purpose, since it is well within its authority to do so. Theologically, Christians are well equipped to promote a multi-party system, thereby diluting (read:limiting) the power of special interests. First, there is the notion of covenant. Jurgen Moltmann argues that a politics based on covenant remains “threatened by centralistic socialism and by the extreme inequalities produced by capitalism. The covenant guarantees both personal liberties and social justice” (The Spirit of Life, 252). While we can see that Moltmann’s theology does have potential; in the United States, Moltmann’s theology seems quite abstract and exclusively for German social democracy. He can make such political pronouncements because he already lives in such a society with a multi-party system. In fact, Moltmann’s theology excluded Roman Catholic and Eastern Orthodox traditions; for “centralist churches therefore have nothing to offer the new process towards political community. Their hierarchal structures paralyse the liberty of individuals and produce a passive welfare mentality” (Spirit of Life, 247).

While Moltmann claims that he desires to see a society working within covenant, his vision is exclusive; would Southern Baptists, Presbyterian Churches of America, and Catholics, conservative Muslims and Jews be allowed in Moltmann’s kingdom? I doubt it, for what Jurgen Moltmann does is make these groups to be the Barbarian, for democracy has become an idol in liberal Protestant theologies.

In my other works, I have commented on the threat of hegemony in Moltmann’s political theology, and without an emphasis on trinitarian difference, where a society is re-made in the image of Creator, Wisdom, and Breathe dancing in equality and reciprocal mutuality. For scholars of Moltmann, I hope that they would also consider the radicalism of Catholic and pro-Catholic religious thinkers such as New Negro philosopher Hubert Harrison, Eldridge Cleaver, Gustavo Guittierez, and Elizabeth A. Johnson, and then tell me if they promote a “passive welfare” mentality. I think that just as the Triune God took a risk and died in the form of the Son, so too must Christians take a risk and advocate a multi-party democracy, even if that means giving a voice to our “enemies.”