A Man’s place is in the kitchen. 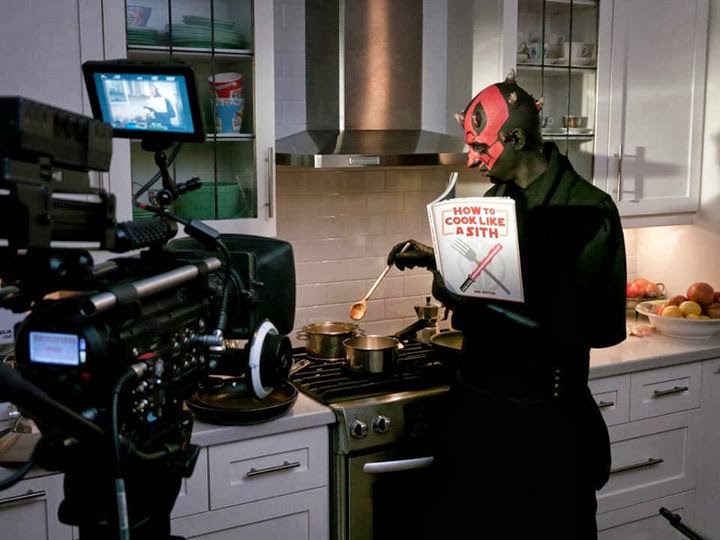 From: The Lighter Side Of The Force

The ever vigilant Suzanne McCarthy, who works with translation issues and points out many of the ideological translating going around in Christian circles, has once again used one of the Reformers and the original Greek to refute the quite biased (and for the worst) translation of Scripture.  At least the Council of Biblical Manhood and Womanhood do not claim to be objective in their readings of Scripture. Then, we would have a problem.

The significant thing here is that some theologians writing for the Council of Biblical Manhood and Womanhood have interpreted “did not count equality with God a thing to be grasped” as an indication that Christ is in some way not equal to God. Here Denny Burk writes for the CBMW,

First, this verse affirms that Christ has ontological equality with the Father with respect to his deity. That’s what “existing in the form of God” means. Second, the verse affirms that in his pre-incarnate state Christ did not try to obtain (or “grasp for”) another kind of equality which he did not have in his pre-existent state.What kind of “equality” did he refuse to grasp for? He refused to “grasp for” a functional equality with the Father that would have usurped the Father’s role as Father. In contrast to grasping for that kind of equality, the Son “emptied himself” and took the form of a servant (v. 7). In other words, in eternity past Christ determined not to usurp the Father’s role but decided to embrace his own role in the incarnation. Thus what we have in this text is both an affirmation of Christ’s ontological equality with the Father (vis a vis his deity) and a passing reference to his functional distinction from the same.  “

But Suzanne, quoting the original Greek, Calvin, and other translations:

This is what Calvin wrote about Philippians 2:6,

6. Who, being in the form of God, thought it not robbery to be equal with God:

In the Latin Vulgate, the Greek word harpagmos, ἁρπαγμός, had been translated as rapina, meaning “rape, pillage, plunder and robbery.” This is how Luther and Calvin also understood this word harpagmos. Calvin wrote,

Thought it not robbery. There would have been no wrong done though he had shewn himself to be equal with God. For when he says, he would not have thought, it is as though he had said, “He knew, indeed, that this was lawful and right for him,” that we might know that his abasement was voluntary, not of necessity. ….

For where can there be equality with God without robbery, excepting only where there is the essence of God; for God always remains the same, who cries by Isaiah, I live; I will not give my glory to another. (Isa 48:11.) Form means figure or appearance, as they commonly speak. This, too, I readily grant; but will there be found, apart from God, such a form, so as to be neither false nor forged?

As, then, God is known by means of his excellences, and his works are evidences of his eternal Godhead, (Ro 1:20,) so Christ’s divine essence is rightly proved from Christ’s majesty, which he possessed equally with the Father before he humbled himself. As to myself, at least, not even all devils would wrest this passage from me — inasmuch as there is in God a most solid argument, from his glory to his essence, which are two things that are inseparable.

For the rest of the post and to make comments, please see this link.