“Paisley’s fascination with confederate iconography is strange given that he was born and raised in West Virginia, a state that came into existence as an act of geographic protest against eastern Virginian secession. This inconsistency notwithstanding, at the beginning of “Accidental Racist,” Paisley sings that he “hopes [the black man] that waited on me at Starbucks…understands [that] when I put on that t-shirt, the only thing I mean is I’m a Skynyrd fan.” Paisley seems to have arranged his life in such a way that the only black person he encounters in the course of his daily life is one who receives wages to serve him. Of course, Paisley neither notices the predominately white character of his social life nor considers himself responsible for it.”

– Katie, Look Away, Look Away: Brad Paisley and the LIE of Accidental Racism

“The only aim of Reconstruction was to fix the South after the war. “We’re still sifting through the rubble” very clearly implies that things are still broken.

If that’s true … good. Don’t fight for the right to own slaves if you don’t want your part of the country burned to the ground. Surely Brad Paisley isn’t waiting around for someone to apologize for that, right?”

– From Cracked.com: The 10 Most Racist Moments From the Song About Ending Racism

“The worst part of the song, in a way, is the simple and extremely common, “the past is the past.” This statement does violence to all the people who are currently suffering precisely because of the past. The past is simply not over.”

“The assumption that there is no real difference among black people is exactly what racism is. Our differences, our right to our individuality, is what makes us human. The point of racism is to rob black people of that right. It would be no different than me assuming that Rachel Weisz must necessarily have something to say about black-Jewish relations, or me assuming that Paisley must know something about barbecue because he’s Southern.”

“First, Black Culture is not a monolith, neither, for that matter, is Southern White Culture. It is harmful and a great disservice to a healthy and useful conversation to imagine that there is a universally accepted norm for any group of people, especially when that norm is based on race.”

“LL Cool J and Brad Paisley’s song is a narrative of false equivalence where the Confederacy’s (a white supremacist terrorist state) crimes against humanity can be compared to the still incomplete work of racial justice that began with the Black and Brown freedom struggles centuries ago, but was prematurely pronounced done and complete with Dr. Martin Luther King’s much misunderstood “I Have a Dream Speech.” “

-Chauncey Devega, The Accidental Racist and How to Write A Post-Racial Pop Song In the Age Of Obama

“I’ll leave you with what I feel is the penultimate activist song regarding race in America, “Strange Fruit” […] Written by a white man, Abel Meeropol, and sung most famously by a black woman, Billie Holliday, this song shows that sometimes racial differences come together to form something completely poignant. Some people are saying that Brad’s song is promoting discussion–and I agree–but it hasn’t really been promoting any discussion about race, has it? And wasn’t that the point?”

– Joseph Lamour, Racialicious, Let Me Break It Down For You: Brad Paisley’s Accidental Racist

”
“Misunderstood” white folks who identify with the white victimology offered up by the Tea Party GOP may buy the song. Good ‘ol buys in the South and elsewhere who do not necessarily like “the blacks,” but who feel that good white folks have gotten an unfair deal, because of course the Civil War “was not really about” slavery, may buy the song.

And Fox News viewers, as well as liberal racists, the hipster set especially, may come to an ironic alliance and take on LL Cool J and Brad Paisley’s song as an anthem.

Will the neo-Confederates who want to secede, and those others who identify with them, embrace “Accidental Racist” or will they reject it as liberal apologizing for something, i.e. slavery, that 1) ought not to have been ended and 2) was actually a boon for (white) civilization and (white) democracy?” 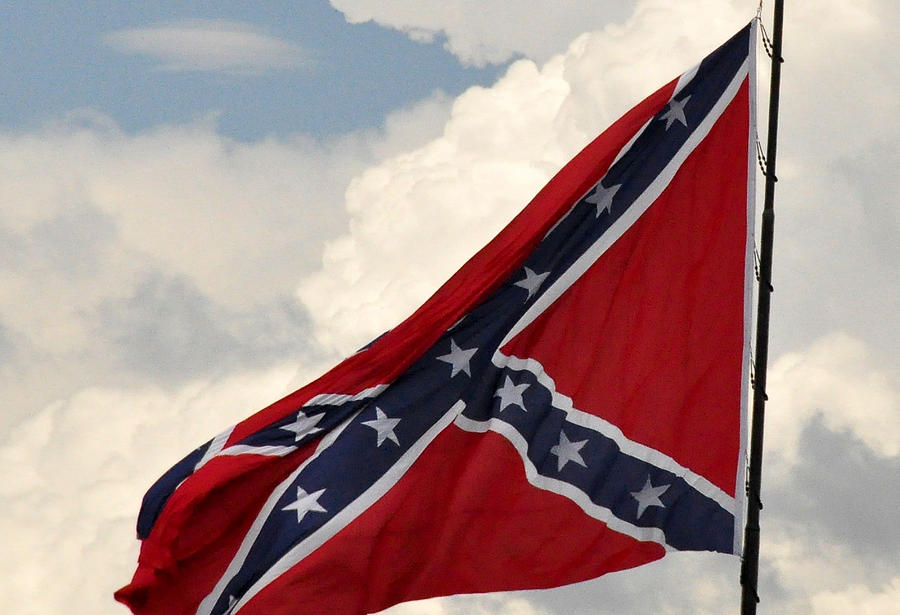 Do you know what happens when Hip Hop artists & Country singers team up? Exhibit A: Nelly & Tim McGraw: But the extreme mediocrity of that mashup is only surpassed by the awfulness that is Brad Paisley’s & L L Cool J’s “Accidental Racist.” Even the title of the track is based off of really really bad presuppositions, but gives you a hint into the ideology that’s gonna be behind this “conversation” starter. You can listen to Purposeful Racial Ignorance for yourself via the Daily Beast: ‘Accidental Racist’: Brad Paisley and LL Cool J Duet on the Confederacy in New Track

AND NOW FOR THE TAKE DOWN, lyric by lyric:

“When I put on that t-shirt, the only thing I meant to say is I’m a Skynyrd fan
The red flag on my chest somehow is like the elephant in the corner of the south
And I just walked him right in the room
Just a proud rebel son with an ‘ol can of worms”

Red flag on your chest: Facts are that this red flag, the Confederate Stars and Bars you speak of, ARE NOT THE REAL CONFEDERATE FLAG to begin with. In fact, as historians will inform you, the CSA flag was something that looked like this: 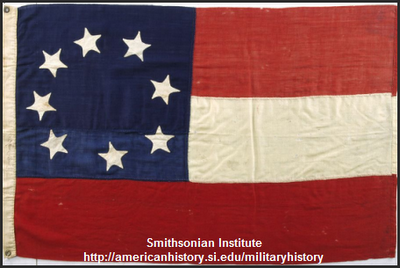 The difference is a matter of importance, Mr. Paisley and Mr. Cool J. The Rebel Flag you all are defending was the one used to terrorized newly freed African Americans, in the name of protecting Jim and Jane Crow society. So, right off the bat, Paisley is starting this conversation off with lies. So, really, it’s not a dialogue, its more of a monologue to continue spreading racial and historical ignorance.

“I’m proud of where I’m from but not everything we’ve done
And it ain’t like you and me can re-write history
Our generation didn’t start this nation
We’re still pickin’ up the pieces, walkin’ on eggshells, fightin’ over yesterday
And caught between southern pride and southern blame”

Rewrite history? You mean like Southern whites have, that the Confederacy was about rebellion and states rights? Rather than keeping blacks enslaved? Have you ever read the Confederate States’ Constitution? Try it some time, especially since it’s available for free online; also, learn a thing or two about Jefferson Davis before you go singing his praises, okay? Again with the red flag. Please see point A. Move on. And continue. The do-rag has no moral equivalency to a battle flag for the Confederacy, at all. One is a fashion statement, used to straighten black men’s and women’s hair, the other is a symbol of violence, racism, and terrorism.

How is not judging someone for having gold chains even remotely relevant to talking about (and learning from) chattel slavery? What if the gold chains are a symbol of a different kind of slavery, like hip hops commitment to free market economics, economic inequality, and mis-education?

I think between this ridiculousness from L L Cool J & Rick Ross’s tribute to Rape Culture, I remain skeptical of hip hop’s “liberating” potential. Seems like a colonizing force to me.