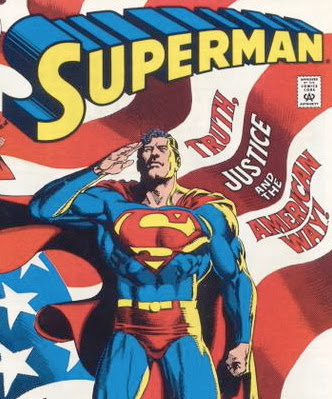 Recently, there has been an uproar to the point where online petitions are being submitted because of DC Comics’ choice of science fiction author Orson Scott Card. Card is a card-carrying member of the Church of Latter-Day Saints. He finds his primary source of allegiance and identity with the Mormon Christian community. In his introduction to the first book in his Ender’s Game series, he says about the influence of Isaac Asimov’s influence on his view of the world:

“And yet that fundamentally pessimistic premise (you mean we’ll never change?) was tempered by Asimov’s idea of a group of human beings who, not through genetic change, but through learned skills, are able to understand and heal the minds of other people. It was an idea that rang true with me, perhaps in part because of my Mormon upbringing and beliefs: Human beings may be miserable specimens, in the main, but we can learn, and through learning,become decent people.”

It should come as no surprise to anyone who is familiar with Christian teaching or who has had Mormon friends what to expect when interacting with LDS Christians. DC Comics knew exactly what it was doing when it recently hired Orson Scott Card to be part of the writing team for the forthcoming series, Adventures of Superman that will have a number of guest writers, be made available online first, and then paper later this year. One opinion columnist for Comic Book Resources, has stated why he does not believe OSC is qualified to be a writer for the series. He and others such as the Huffington Post stated DC Comics recent commitment to “progress” and “diversity” (I would call that questionable, especially when we talk about race). Examples include the relaunched Alan Scott/Green Lantern of the Earth 2 which received criticism from social conservatives. I commented on this incident last June: 1 Million Moms, Green Lantern, the Culture Wars, and Nonviolent Theology.

I have stated in the past that works of fiction are excellent ways of discussing ethics. I followed the link from the CBR opinion post where Orson Scott Card wrote “insane viewpoints on the origin of homosexuality” but I did not find anything about the “origin” of same sex relationships at all. What I did find is Orson Scott Card’s commitment to his LDS religion and its teachings. “One thing is certain: one cannot serve two masters. And when one’s life is given over to one community that demands utter allegiance, it cannot be given to another. The LDS church is one such community. The homosexual community seems to be another.” So, the way that Card sees identity is that we have this one community that we are to be loyal to, and no other. The political implications of this opinion are real for a lot of folks, particularly non-Christians. If we are beholden to only one community’s structure in the world, where will we go to when that community is corrupted? A very relevant example is the case of Megan Phelps-Roper of Westboro Baptist Church. Granted, this is an extreme example, but there are many others I could name, perhaps a pastor who promotes ponzi schemes may be another.

We have multiple communities that we are loyal to. What Card has is a “church against culture” approach to the society at large. This shows in his defense of enforcing laws that would have GLBTQI persons arrested:

“Laws against homosexual behavior should remain on the books, not to be indiscriminately enforced against anyone who happens to be caught violating them, but to be used when necessary to send a clear message that those who flagrantly violate society’s regulation of sexual behavior cannot be permitted to remain as acceptable, equal citizens within that society.

The goal of the polity is not to put homosexuals in jail. The goal is to discourage people from engaging in homosexual practices in the first place, and, when they nevertheless proceed in their homosexual behavior, to encourage them to do so discreetly, so as not to shake the confidence of the community in the polity’s ability to provide rules for safe, stable, dependable marriage and family relationships.”

So, Card is promoting hegemony both in his preferred house of worship and in national politics. Card, while claiming allegiance to the LDS alone, has placed his faith in the state to dictate the behavior of fellow sinners. Card claims he does not want arrests to happen, but his idea still relies upon the violence of the state to enforce his religious opinions. I keep forgetting that not all Christians affirm Soul Freedom. Soul Freedom is a belief held by many moderate Baptists like myself that affirms the right of every person to be free from any compulsion (government or otherwise) that interferes with their religions or non-religious practices. Soul Freedom is the theoretical ground for those who believe in the separation of church and state. It is the freedom of the church to persuade (or not to persuade) others about the Good News about the grace of God and the life of Jesus Christ.

So, DC Comics is showing loyalty to its fan-base who may be Orson Scott Card fans, who may be Mormon, or who could be socially conservative. The dissenters are being loyal to the LGBTQI fans of DC Comics who take exception to DC Comics’ choice. Orson Scott Card being faithful to the LDS community. The point I want to make here is this: we are all complex people, human beings. We should not make one person’s opinions or actions the sum total of who they are. No, in the end, our actions do not define us. We are more than the members of being part of this community or that community. As Card notes, as human beings, we are given a nature “with as complex a combination of good and evil in them.” I am a Christian. I am black. I am a Blerd. I am a moderate Baptist. I am a Whedonite. I am postcolonial. But I am more. And so are you. We are all made of infinite value that no one can truly comprehend. Simultaneously, humanity is both dystopia and utopia.