For as long as I can remember, I’ve always been captivated by the art of story-telling. I’ve been known to have quite a vivid imagination ( I guess I still do…?) as a child and would funnel this creative energy to conjurring some of the most bizarre, outlandish, yet charming stories for my friends, family and classmates.

But children are not the only one’s who tell stories, however. I would argue that the act of story-telling has been embedded in the consciousness and minds of human kind since the earliest civilizations. From the elders to the griots (story-tellers/historians of the Malian kingdom) and everything from then on, human civilizations have been founded upon story. The Christian faith is about one grand story of a peculiar people, the Israelites, through whom a peculiar God would show Himself to the world, all leading up to the redemptive narrative of the Logos, Christ- the compelling story of the vulnerable shepherd God-in-flesh.

Story informs our cultural heritage, our faith, and our history. The Ancient Egyptians and the cosmic gods of Ra, Osiris, and Horus- the gods that walked the lands of the eternal sands… ANd what a clash it was between these gods- this story, this narrative of the celestial gods who roamed the lands and justified the predominance of Egypt over Israel. The clash of the God and narrative of the Abraham, Isaac, and Jacob with the Gods and narrative of Potiphar.. 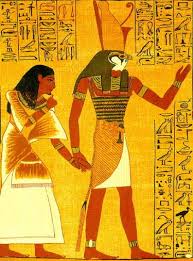 The Greco-Roman myths. Their myths so strong we see the names of their gods in modern cosmology- Jupiter, Mars,Neptune; the Pelopponesian, Hellenic wars inspired by the mythicized masculinities of Hercules and Oddysseus… 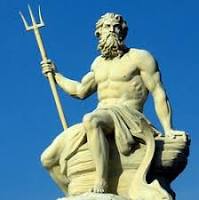 The myths crafted by the enlightenment thinkers- the fetishizing of certainty and control, the ‘invisible hand’ motif, whose authors-  Locke and Smith would become the new Gospel – the nexus of this new story that would provide the backdrop for the protagonists- the white, shiny, beautifuls ones- the heroes, the expeditionists, the “captains”, the businessmen,manifesters of their own ‘destiny’, the explorers, the racists, the rapists, the pillagers. And it’s this story that would inform and have pre=emption over all other stories. What more is colonialism is this anyways? – the erasure of pages of a people’s story,narrative,identity, and copy and pasting another, “more glorious” one- in aggression.

Yes, indeed, stories are not just little bedtime tales for children , they are full fully grown adults as well, and one could say all the world is one big clash of stories…the struggle for self-acceptance, development and thriving is the legitimizing of your story- the story of a people,attempting to create what was erased through colonialism, what was erased through their own words being subverted for one more dominant.

The clash of the storyline as a black man as worthy to be loved, masculine by nature of being created as a man( not being swagged out or violent) vs. the story-line of the black man being the ‘wild young buck’ whose hypersexuality is something to be feared by white women and and whose criminality knows no bounds , thus justifying their murder at the hands of a militarized police troop.

Which one will win?: the story of a black female as a dignified, loved being created in the Imago Dei, or the storyline that places them as “loud, ghetto and ratchet“- or maybe sexually deviant, Jezebels?

The negative tropes and stereotypes against POC – the story fo white supremacy- are lies. A lie is, afterall, a false account- it is a story that’s not true- a bad story. We’re told in Scripture that Satan is the Father of lies. These toxic tales.

Why does everyone ‘love a good underdog’ story? The  stories of rags to riches, the triumphing of the oppressed? They represent the greatest hope of humanity- everyone finds they don’t fit into the dominant story of society, or do not like their role, they know it’s a lie.

And what Christ’s atonement represent for the oppressed is that their story, ultimately cannot be erased – rather, it can be brought back to life.  This newness of life is a newness of story- a new sort of presiding myth that is benevolent to all mankind.