Last night I was pretty bored and I needed to watching something while I did some fall cleaning. Lo, and behold, I decided to watch the documentary, Hellbound?, written and directed by Canadian Christian writer Kevin Miller. From all that I had heard and read, it was supposed to be a worthwhile film, and maybe someday I will go back and finish. But just not this year. The movie was fine, I could see the direction it was going: BIG NINE-ELEVEN TWO THOUSAND AND ONE DRAMA! The Phelps and their hate speech where 99.99999999% of the people living in the world are going to burn in hell for all eternity! Mark Driscoll implying anyone who disagreed with him was not manly enough and kind of queer. So NOT authoritarian! Liar and heretic Ray Comfort even had an appearance.

Nope none of these persons were problematic enough to trigger me into watching something else. Then, Miller first started making claims like all religions are about narrative, and story is ooooh so important to what it means to be human. It’s a familiar argument, one that Brian McLaren was writing about in the ’90’s. You see, there are a variety of Christianities. There’s the fundamentalists who claim to take the Bible “literally” but never seriously. And there are also Christians who read Scripture as literature and somewhat more seriously. While the latter sounds better, at least the BIG OLE SCARY fundies are honest and forthright about the implications of their beliefs.

Then, Hellbound started interviewing the likes of Wm Paul Young and Frank Schaeffer. Throughout his few minutes, Schaeffer repeatedly referred to Evangelicals as Pharisees. This claim went unchallenged, and given the lack of racial diversity in the film (it’s a Christian documentary, so not surprising given the “nature” of the business). Frantz Fanon argues in his Black Skin, White Masks that once you find an anti-Semite, there’s not an anti-Black antagonist far behind. Part of my path down the narrow road of anti-racism was taking a Jewish-Studies course that coincided with a Black Church studies class on Exodus. It was there that I first learned of how problematic loosely calling others Pharisees was. Jesus and Paul were Pharisees, 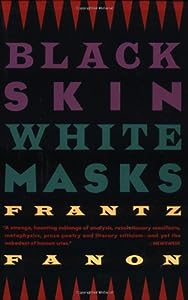 Pharisees were some of the very first Christians in Acts, but in liberal and conservative Christianity, people continue a willful ignorance of the history of antiSemitism and anti-Judaism. I’m sorry, but the Pharisees are not the villains you make them out to be. That’s why it’s no surprise when in liberal “Christian novels,” such as Wm. Paul Young’s The Shack, anti-Judaism goes unchecked. But I think that there is something that goes much deeper. At the heart of the problem is the notion of story. I have discussed on here before the problem of seeing everything as a story here before, as it relates to postcolonial criticism.

So last night, when I changed the show I was watching on Netflix to Buffy the Vampire Slayer, I decided to watch the season 7 episode “Storyteller,” the story of Andrew who was shooting a documentary about Buffy, the slayer of vampires, and I found this relevant quote:

“Buffy: Stop! Stop telling stories. Life isn’t a story.
Andrew: Sorry. Sorry.
Buffy: Shut up. You always do this. You make everything into a story so no one’s responsible for anything because they’re just following a script.”- Storyteller, Buffy The Vampire Slayer, Season 7, Episode 16.

This is exactly the problem with emergent dudebros. They do not have to take responsibility for the histories of biblical interpretations or practices there of. They can just call it “STORY” since it sounds so much nicer. No way should they be held accountable for the real, historical experiences of the oppressed because when it comes to the Grand Narrative, only an arbitrarily limited account provided by men from the majority culture.

Perhaps then this is why the story of the Hellmouth remains truer than that of Hellbound? .